This creepy as anything dude was commissioned by my fabulous friend and dancer Rebecca Patek for her Real Eyes performance at The Chocolate Factory Theatre on Long Island, New York from May 31st to June 3, 2012.

Rebecca was reviewed by the New York Times! You can read it below or at teh site here.

When you’re sitting before Rebecca Patek, you must be patient. “Um,” she said at the start of her performance, “Real Eyes,” at the Chocolate Factory on Thursday night. “Hi. Um. I’m Rebecca. Um.”

Ms. Patek, a waif in a short black dress, seems to drift aimlessly from her point, but there’s nothing careless about her. She is in control; she knows when to fire. “Real Eyes,” a performance merging stand-up comedy and contemporary dance, is a sly sendup of many aspects of the dance world that include talking about the choreographic process and pitching work to potential donors. The piece, as the title hints if you string the words together to form “realize,” is something of an artistic awakening. The eyes are a key too. Just as Ms. Patek invites your gaze, she is also asking the audience: What do you really see?

In Ms. Patek’s opening monologue she is a feckless choreographer trying to give her work context. (Her affected confusion is such that it takes several attempts to get out the word “contextualization.”) Even though making a joke out of artistic process is easy fodder, Ms. Patek’s mumbling is both precise and musical.

Later in the same monologue she announces that she will show rehearsal images and read her artist statement, and then offers $2 for a nondancer to join her onstage. The only requirement is that the person must be comfortable with contact. When a man in the audience agrees, she gives him a ski mask to wear, and in an instant, the comedy routine turns into a sadomasochism scene.

Ms. Patek explains the rules: whenever she reads a line from her artist statement, which the audience must repeat, the volunteer is to knock her to the floor.

The statement is her own, but the video of her rehearsal process turns out to be Yvonne Rainer dancing “Trio A,” a work as famous as that postmodern choreographer’s “No Manifesto,” which Ms. Patek also lifts.

The sense is that Ms. Patek is willing to put her body — the real thing, not the dressed-up dancer’s version — on the line, living out the awkwardness she creates for everyone in the room. 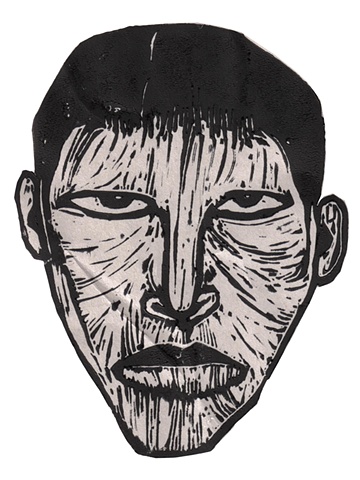